Let's Be Careful Out There

I received the following email recently. Parts have been edited.

Do you need a job? Would you like to work online from home? Can you spare one hour daily? If you enjoy working from home then I think this would be
a perfect job for you. Our job is a flextime, flex-place opportunity
designed to fit around your family's income and time needs.

Name deleted fabrics ltd is a UK based company looking for energetic and committed individuals to fill the part-time receivables clerk position in the United States . As a receivables clerk, you will be in charge of processing and facilitating payment funds transfers initiated by our US clients under the supervision of the regional manager. A perfect candidate should be a good communicator who is also comfortable with numbers. College education or basic administrative experience is a plus to this job.

We presently run a Fabric Company in United Kingdom and have been in the business for sometime now; we have reached a big sales volume of fabric/textile materials in Europe and also some part of Asia . We are now trying to penetrate into the US market but have been experiencing some problems when it comes to receiving payment due to the location of my clients. My clients sometimes make payments for our supplies in form of checks amounting from $2,000 to $100,000 and sometimes more depending on the quantity of stock purchased. These checks are not readily cash able outside the United States . I need someone in the states to work as our representative and assist us in processing these payments and I will be willing to pay 10% for every transaction made.

Call me suspicious, but this screams "phishing scam and fraud" to me. The email address given is from server at which I have an email account; not a commercial email domain like NameDeletedFabrics.com. I'm going to contact the owner of the server to inform them of this situation. This is not the first time I've been phished. This is the first time I've been phished with such specific bait. It was very easy to get my email from my sewing related blog and to use that information to try and "reel me in". All scams are not this obvious.
Please, please, please - be very careful when using the Internet.
Scammers are out there and they have many ways to find victims.

I was looking at the December Plus selections on Burdamode.com. My initial reaction was "Ugh! I don't like any of these. They’re just not me". 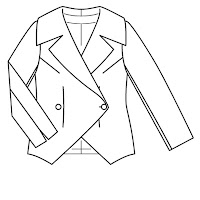 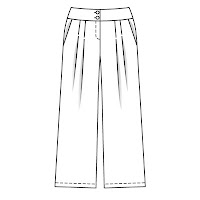 But then, I realized that wasn’t necessarily a bad thing. BWOF’s December offerings may be a little trendy for my taste, but at least they are trendy. Plus size patterns from Vogue, Butterick, McCall's & Simplicity are usually bland and uninspired; and I like bland and uninspired most of the time. But, if I ever wanted a jacket with a huge collar and wide-legged pants (130A & 133), I’m certain I couldn’t find them in any of the Big 4 catalogs. And although I initially found the designs unappealing, I may want that exact jacket next winter. I may not always appreciate BWOF's trendy designs, but I'm glad they offer the choice.
Posted by Elaray at 11:12 AM 8 comments: 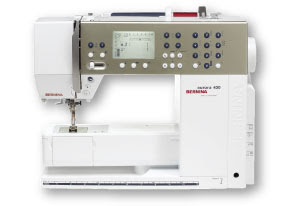 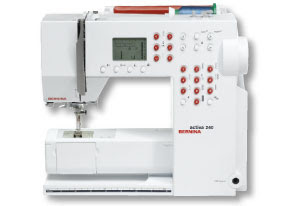 My sewing machine is very sick! It doesn't go in reverse. And my budget doesn't allow for the replacement I really wanted – The Bernina Aurora 430. Since this is a sewing emergency, I'm considering the Activa 240 and hoping the dealer offers an upgrade trade-in (I'm sure they do) so I can get the Aurora in a few months when I can better afford it. I went through this sewing machine agony a few months ago, but I had big car-related expenses and couldn't get the machine at the time. Maybe I could sew without a reverse gear for a while. I'm confused because I really am not ready to deal with this right now. It's almost Christmas, for goodness sake! I need a few days to cogitate (I love that word) and determine what to do. Right now, I'm too flustered to make a good decision.
Posted by Elaray at 9:25 PM 10 comments: 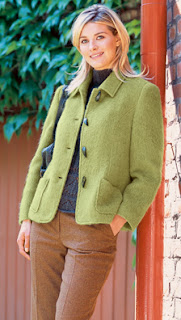 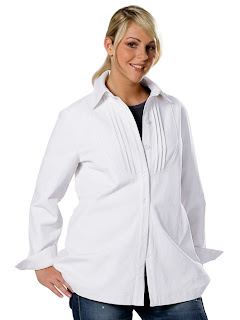 This project will be notable for several reasons.
I want to make more of my projects notable. I want to try new fabrics and more redesigns. If my only expected outcome was new clothes, I could just go to Lane Bryant. If I'm truly going to improve my skills I have to challenge myself more often.
Posted by Elaray at 7:15 AM 2 comments: 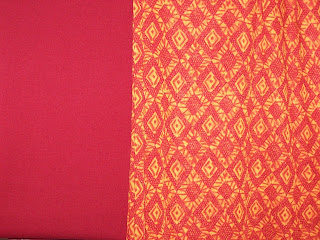 We’ve all seen this happen in dozens of movies (and real life). The beautiful heroine of the movie is out drinking with her beautiful best friends. She meets an equally beautiful man in the bar and the initial attraction is strong. They drink, talk, connect and end up going home together. Then, the morning after, in the light of day, she doesn’t know why she brought this man home, may not even like him anymore and has no idea what to do with him. That is the way I feel about the print fabric shown.
I bought it on my first shopping trip to New York City's garment district when I was having a great time with my sister and got caught up in the excitement. The plan was to make a blouse and pants for the fall and I bought a wool blend to coordinate with it. But here’s the problem: the print is a little sheer and not really appropriate for fall/winter. It’s not exactly see-through sheer, but it definitely looks more like “summer” than “fall”. I considered underlining the blouse, but I dismissed that idea because it that might make the blouse too uncomfortable to wear. The smarter choice would be to put the fabric aside until summer and make a dress. That leaves me with the rust wool blend that has suddenly become an orphan. I know fabric stashers don’t see this as a problem but, I am not a fabric stasher (not that there’s anything wrong with that). Something in me won't let me have fabric on hand for more than 3 or 4 future projects. On the bright side, I am now compelled to buy fabric to match the wool blend. Since I'm buying this fabric for a specific purpose and to coordinate with previously purchased fabric, it is not a stash!
Posted by Elaray at 7:57 AM 2 comments:

I redesigned Burda 7882 to remove the bib. This is the first time I changed a pattern solely for style. The seam attaching the bib to the front serves as a dart. So, I had to move the dart from the shoulder to the bust. Using Rene Bergh’s Make Your Own Patterns, I adapted the directions to use a modified Pivot & Slide method, my favorite method for adjusting patterns. Here's what I did:
1. Determine the position of the bust dart and make a line on the front. (The red line in the following photos) Draw the seam lines on the bib and the front. (Green dashed line in the following photos)

2. Line up the seam lines of the bib and front at the center front.

4. Reposition the front so that the seam lines of the bib and front match at the shoulder and the cutting lines are aligned.

5. Continue tracing - trace the shoulder, arm hole and side, down to the dart line. Trace the dart line again in it's new position, forming the upper dart leg.

6. Here is the finished redesigned front.

7. Determine the length of the dart and redraw the legs. Fold in the dart and draw in the side cutting lines, smoothing and truing as needed.

As a rule, I don't make muslins. I only make them when major changes have been made to the pattern, as in this case.

Overall, I am pleased with the way it the blouse turned out. This experiment was a success. It actually still looks like a blouse – even after I messed with it! I just eyeballed the dart placement and I have to raise the darts (a great change for a woman my age to make!) and move the dart point back. But, other than that, I think it's a fine first effort!
Posted by Elaray at 4:00 PM 2 comments: